The Cover(ed) Girl confronts Korea’s cultural obsession with the appearance of the female body. From cosmetics, to plastic surgery, to K-Pop, the standard of beauty in Korea is becoming increasingly regimented and homogenized. In this series of performances, I appeared in public, in the most trending areas of Seoul, wearing the cosmetic facial masks popular amongst Korean women. The appearance of a masked woman brought one of the private rituals of beauty practiced by women into the public sphere, while the surreal anonymity of the mask created a subtle insertion that sought to disrupt the media’s representations of the female body. 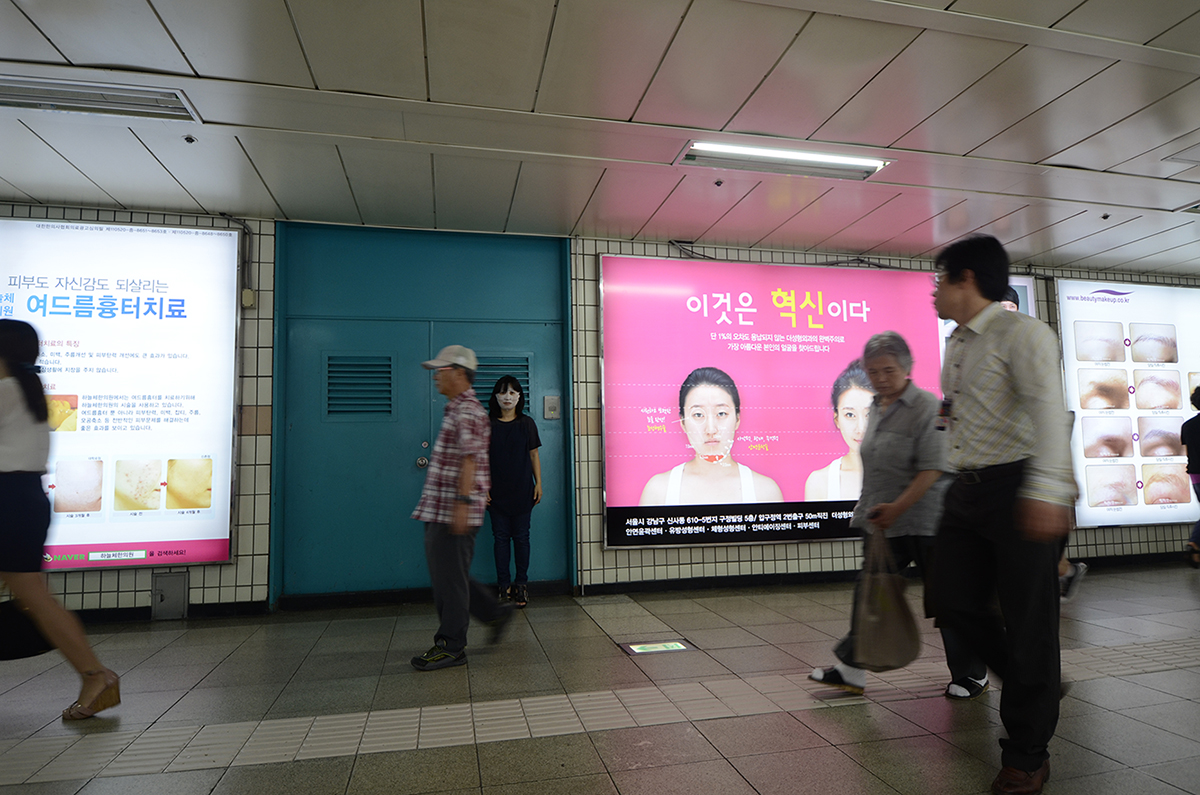